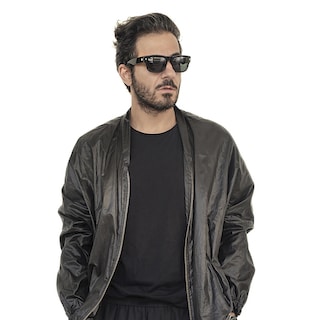 Rabih Salloum made a name for himself In the late 2000’s as the frontman of electronic pop-rock duo Slutterhouse, MTV Iggy’s best new artist in 2011. With Slutterhouse, Salloum released two full albums (Made in Dance in 2009 and Another Lie in 2011) and a remix EP (Inside the Station in 2010,) landed sync deals on MTV 2’s Shreducation, and fronted the band at international music festivals such as Liverpool Sound City. By the end of 2012, Slutterhouse went on an indefinite hiatus. Since 2014, Rabih Salloum has been publishing short stories in various international publications (The Outpost, L’Orient-Le-Jour, Contributor Magazine, Bespoke, Gate37.) In 2018, Rabih Salloum returned to music as a solo artist with a two track EP entitled Before The Rain. Since, he has been releasing new singles every few weeks, in addition to having completed his first novel, set for publication in 2020.