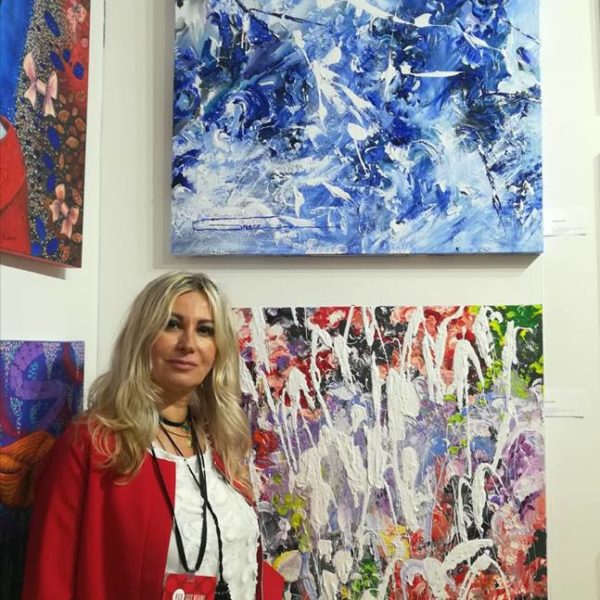 « Sharing and unfolding color mysteries with you. »

Grace was born in Lehfed, a small town nestled in the mountains overlooking the fabled city of Byblos. During her time at Université Saint Esprit Kaslik (USEK), Grace would navigate her car around bomb craters and under artillery fire to attend her classes, before going back home to her quiet, picturesque town. That contrast helped shape her versatile designs and style in both her paintings and architectural designs. After earning her degrees in Architecture, Interior Design and Graphic Design, Grace worked for several years in Beirut with several iconic clients such as the Beirut-based Lebanese Broadcasting Corporation International (LBCI) and the renowned playwrights and composers of the Rahbani Group among many others. From 1992 to 1997, Grace relocated to Kuwait to help execute a series of high-profile design projects for the Government of Kuwait. Upon completion of the projects, Grace returned to Beirut. Shortly after, Grace started teaching graphic design at College Centrale in Jounieh, as well as Notre Dame University (NDU), Louaize till 2006. Aside from her hectic schedule as an instructor, Grace designed several notable architectural projects during that period, such as the Maronite Patriarch Cardinal Bechara Rai’s personal chapel, Saint Rafka in the Byblos Archdiocese. Her artwork was also exhibited in the Paul Guiragossian Museum of Contemporary Art on several occasions. In 2001, Grace’s work was selected for the First International Architectural Biennale in Rotterdam, Netherlands. While with the CDC in Qatar, Grace designed and supplied the entire artwork displayed in the St Regis Hotel in Doha, along with several other large-s Her paintings have been exhibited in Doha, Beirut, Boston, Paris, Rotterdam, Berlin and Sydney with more cities in store for 2017. 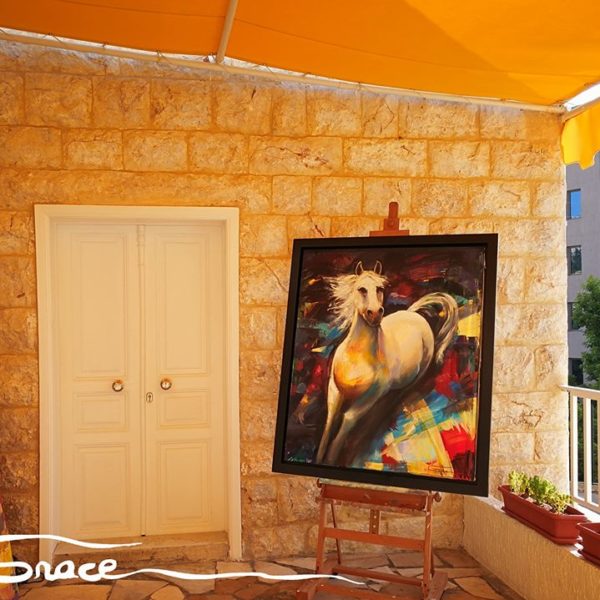