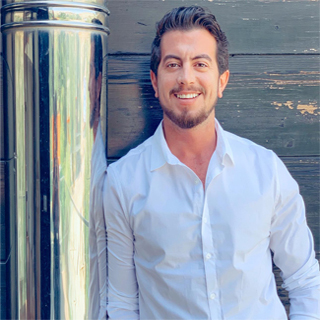 I’m a filmmaker and a TV host, I studied Audiovisuel et art du spectacle at IESAV-USJ. I've been working in TV since 2011 as a segment director, story producer, director and content director in Lebanon and MENA region in shows such as THE VOICE ARABIA, ARABS GOT TALENT, THE DESERT, X-FACTOR, MISS LEBANON, BRILLIANT LEBANESE AWARDS, TAKE ME OUT, CELEBRITY DUETS, STAR ACADEMY and many others... Alongside my career in filmmaking, I am an actor in commercials, and a voiceover talent for TV shows, documentaries and adverts. In 2019, I hosted my first TV show Bedkon Beit, Lebanon’s first-of-its-kind real estate entertainment TV show produced by OBBO Prod and powered by MAD. Bedon Beit is the Lebanese version of the French show Carrement Bien[s], which is the first real estate entertainment TV show broadcast on TMC, part of TF1 Group, now in its 4th season in France. Bedkon Beit is showing now on LBCI and LDC three times a day for three times the fun, in addition to a special episode every Saturday at 5:00 pm.