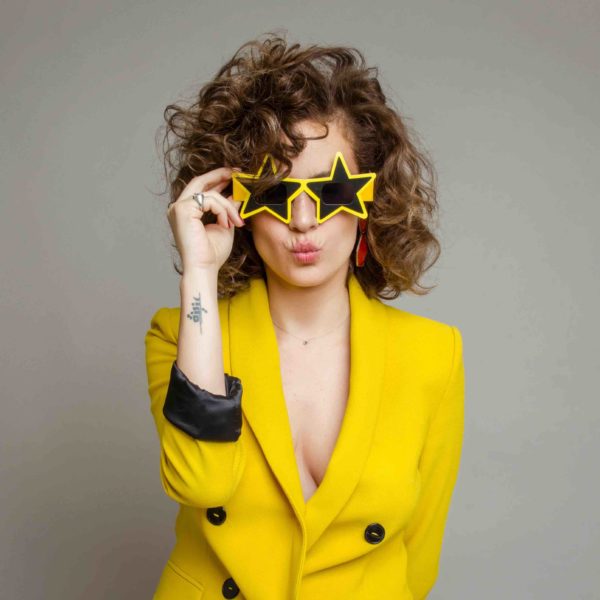 Aziza is a Lebanese singer and song writer whose musical world combines classical Arabic Tarab rules of composition, with Pop music. This puts her in a stylistic category of her own, labeled: Tarapop. Birthed from the necessity to revisit the never ending Classical Arabic repertoire of songs, as a young artist, Aziza is naturally drawn towards interpreting and adapting music to the contemporary sounds of her surrounding. Tarapop is a mix of sounds inspired from the region, such as Chaabi Egyptian, Lebanese and literary Arabic. This fusion is what leads to a musical version proper to Beirut today: an eclectic, electric, story-driven palette of styles. In that sense, Aziza's original music tells the story of the age she lives in, and the constant necessity of grounding herself in a turmoiled environment. Tarapop is classical vocals, rhythms and arrangement (ground) interpreted live with a backing pop rock band, taking the sounds of the quarter notes to new dynamics. Aziza's self titled all originals debut album was released in 2014. Ya Salat El Zein a classical egyptian cover song was revisited by Aziza and Michel Fadel in 2016 .